Again with new article on fallout 4 automatron release date with many new update today we are including in our post series. Automatron is not that enjoyed by people but there are still some people who enjoy it. Mostly people don’t enjoy encountering the most interesting dungeons Bethesda has produced. Check out more information about automatron and stuff related to him.

Automatron kicks off when you answer any distressed calls. Finally, when teaming up with a new companion named Ada, you must complete the requests of her and soon as you have done with it she will grant you give you the access to the new workbench and there you will be able to mode her to how ever you like or also you will be able to create a new robot and make it as your companion.

You can have as many of them as you want but you will be able to take any one of them with you on your journey and they will serve you as a very good settlement guard. Actually, Ada is that interesting character then you have thought.

Now we will be talking about the dungeons. The quest line of the automatron is not that long but it has two main and new dungeons and the both of them are the best among the game. The first one is very large but it is not that painful. And keep in mind it is absolutely riddled with a lot of traps like firefights, loot and many other.

This is the house of a new raider faction and the story of it will be explored by you in the terminal entries and some other materials. It is similar with the fallout 4 dungeons in vanilla, this is very good time and it is completely full with the neat little touches which include cunningly positioned skulls and lot more like that. 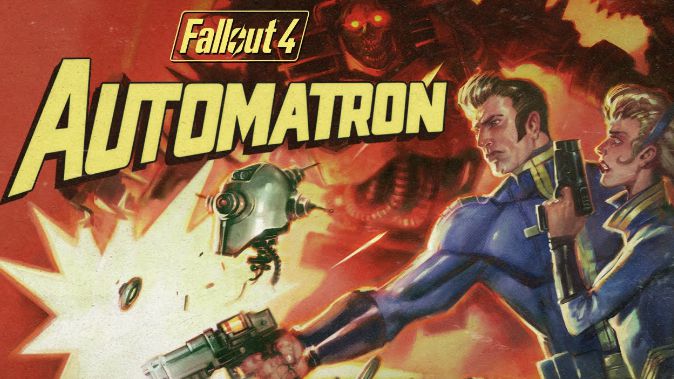 This is also completely filled with the slightly rarer crafting items for which you might have struggled in the games of the core and these are all the which you will need for building robots. Coming to the second dungeons, it is a doozy Pack a sandwich. The thing about this dungeon is that it goes for a long time. Actually, this doesn’t have more interesting things compared to the first dungeons.

What things it has is even more clinging to reveal it, this dungeon has oil and circuitry. But ones you run through this quest or when you unlock the door, most probably you will be wanting to fast travel back and forth in the nude.

So that you will be able to take all the bounty home and build seventy gazillion turrets or also robots out of that. You must not fill your boots and leave them at your home so that you will have more inventory space for storing all your oil cans, duct tape as well as the military scanners.

Moving to the points, it has got one of the most terrific corporate narratives here investigating and pocking around will be rewarding you with the trilling tale of the bad science. The video game fallout 4 is completely full of the pre-war scientists who does very bad and probably the worst things.

If you are a bit ghoulish then you will have great fun peering at each and every new asset of Bethesda which are built for the particular locations and it says things like sick. This will definitely be a very good time and it is highly recommended.

Now we are going to turn to negative till now we spoke about the positives now it’s time for negatives. To start with the automatron is not so long. And when we come to the system of robot creation it will prove useful for you in the course of a playthrough.

The content of the story is nocked over in a few hours and there will be only two significant locations. People rushed to playthrough but when you will include the dawn out battle against the PSN which will not be wanting a content. And the existing series of reloads when it Is faded up in amusingly explosive ways. It will come in up to four hours.

The most number of you will get through this very quickly. The people really faithful will definitely take a long to loot out the sprawling new dungeons. It will be an acceptable length of a $10 DLC. Only you can answer that questions for yourself.

This really a classic case on quality under quantity. It is really surprising that how reinvigorating it is to have a few new elements in the general Fallout 4.

This part of the article is for the people who just entered into the fallout 4 automatron. It will give you all the information regarding, how to get started in the automatron level of the fallout 4. So, check it out.

You must buy the DLC or the Season Pass

Really this is not really necessary as everyone knows but in order to keep it complete about telling you to get started in automatron we had included it. So, let’s get started. You must make sure that you have got the season pass or the individual DLC before you get started with it. Some of the players have it and some can not get the access regarding it.

There is no official statement on this matter. But it can be available in the PS4 around 1-2 PM PT in this afternoon this is when PSN will update its store. 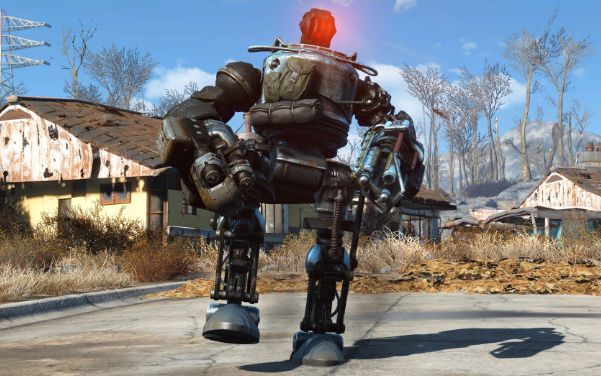 You must and should keep an eye on the addons area

As soon as you have downloaded the season pass or the DLC what ever you want to call it, you should launch your game. You should not load in right just now. Firstly, you must check and make sure it is showing out on you. This can be mastered by checking the addons menu option which will be present in the main menu. In case it is not showing up you must try again by restarting your game. 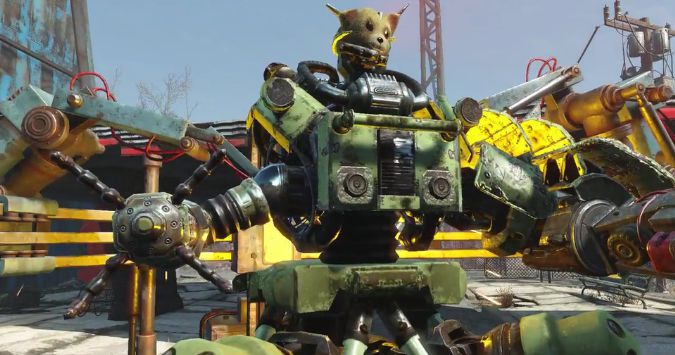 Load in and get started with it

As soon as you get the surety that the season pass is showing up in the main menu in the addons area, it will become the to get really loaded into the game. Reports will be coming which will read you must be at least up to level 15 to pop up quests. Now a good suggestion is to load into any of the previous game if you can.

After loading in or also reaching the level 15 you get the chance of loading into the quests. You must once check your pip boy and click on the quests which will be titled there by Mechanical Menace.

This will always inform you about the Cavern Distress Call, which will be needed by you to tune into using pip boy’s radio. You should listen to the call carefully for updating your quest objective. And then head towards the Watts Consumer Electronics for beginning the quest. Who is to the northeast of the Cambridge police station where you will be meeting the brotherhood of steel.

After defeating all the robots, the actual quest chain will begin or will be started. And very soon after that you will find your self in the newest battle of the commonwealth.