You know fallout 4 power armor locations paints really big attraction thats why we are posting a legendary and new unique power armor fallout 4 post for our users to make more informative our fallout 4 website. We are already shared big collection of console commands and also new cheats you can try it also.

The power armor is known as multi component armor. It consists of base frame with assorted pieces and the armor pieces will be placed at the top. The power armor will be functioned only if the fusion core is used. It can be obtained by source of power. This power armor can be used to destroy the enemies and attack them with more power.

If you hurt during the attack then the armor will be protecting you. But this will be drained over the time. The actions of power armor will consume AP with which the art of depletion will be increased. If the armor gets depleted the unit can be operated and used but should not be used at the dead weights. 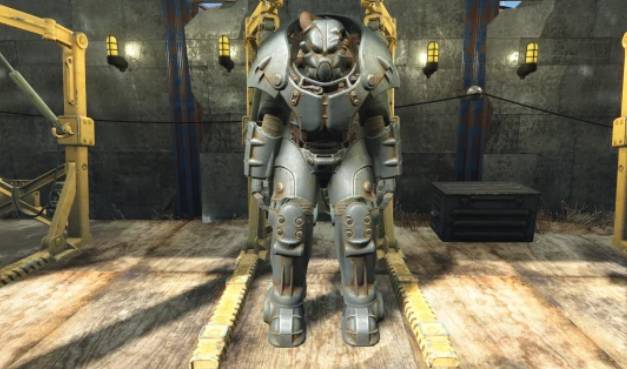 In this we can found different variants. Each variant have different actions. They will be found in different places. By knowing those in detail will help to improve the game. They may be useful at the highest point or in the attacking also. Let us see the variants and their characteristics now.

These variants are found in the common wealth but can be found near different merchants. These frames have to be purchased. These are the base frames in which all the power armor are to be mounted. The secondary function of this frame sis to repair and upgrade power armor pieces. 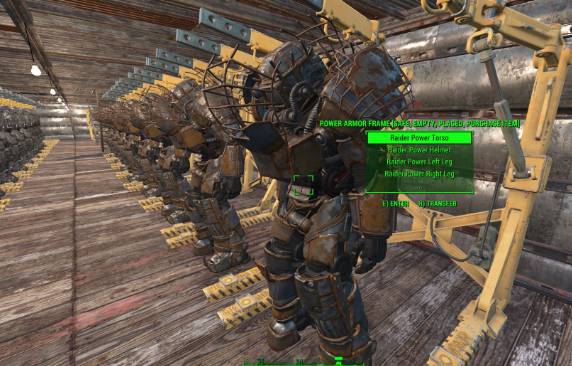 This is a makeshift which is made up of scrap metal and other salvageable components. Due to the nature of its design it is weak compared to its counter parts. There is limited scope of modification also. 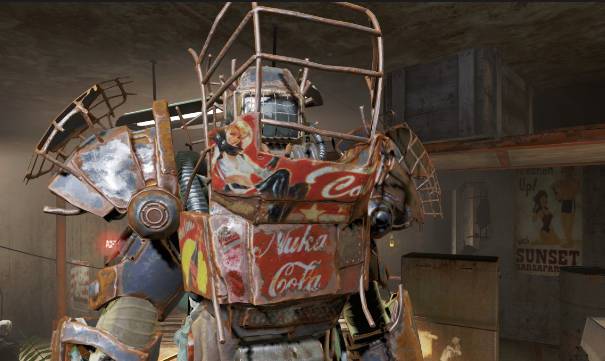 It is the first set of armor manufactured for military. This will be lesser in degree domestic and commercial use. This armor will be used in common wealth during the quest when freedom calls. It armor is weak when compared to other but it is more advanced counterparts. 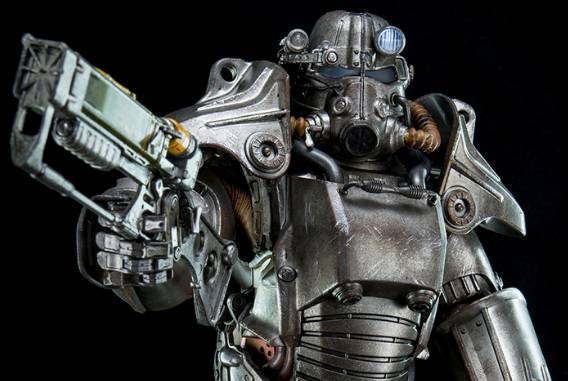 It is the suit of choice in Railroad. This is the armor which is wide in commercial use. This will be used before the outbreak of the Great War. This will be later replaced by the T-60 with all the new technology in it. But this armor will be useful in the initial places to discover the suits in game. 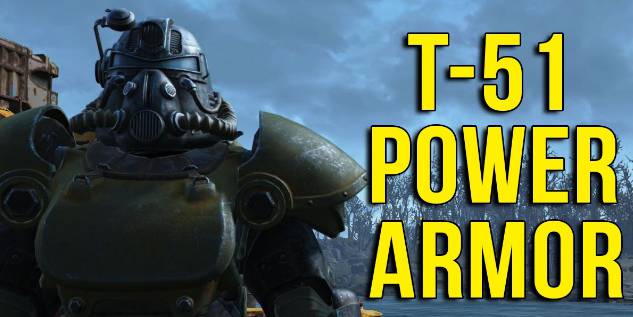 This was designed to replace the T-51 armor. The armor technology is used in US military arsenal. Brotherhood will oftenly use this armor across US. This is the legendary armor. It contains all the advanced technology. With this technology the odds in the play can be done easily. This armor will be helping the player to choose the goals cleverly. There are many advantages with this armor. 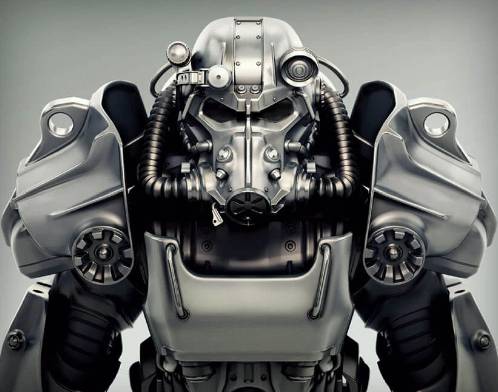 This is designed as to fall before the release of bombs. It was engineered by US military after the Great War. This is the most powerful armor from the above. By gaining this armor the player have the sufficient energy to attack the enemies. Not only the attack has it helped the players to reach their goals. 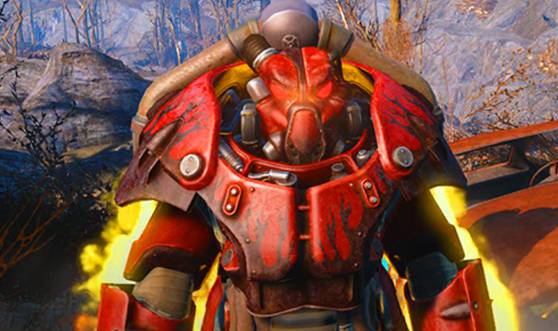 All the power armor should be located in common wealth only as this is the scaled up level. Frames sometimes spawn with incomplete set of armors. Once the generated armor created then it does not influences the previous level. If there are any upgraded armor then the range will also increases. 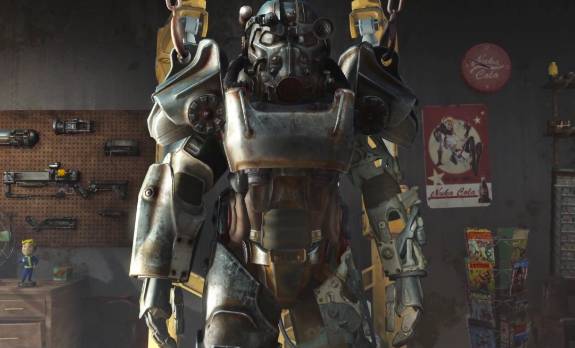 If the armor parts are repaired then it can be replaced in fixed number only. There are different spawn’s points. Some of the frames can be appeared by loading a save from the previous area. The player’s characteristic is very important here for entering into the different areas.  There is option of additional armor pieces also they can be purchased at the time of atom cat’s garage from Rowdy.

There is some armor which cannot be owned. Some of them are listed here. They are 35 court, the dig, dry rock diner, cave, Jamaica plain, fort strong, mass gravel and sand, revere satellite army, Nuka world power plant, rotten landfill, university point, west Everett estates, star pot Nuka etc. all these armor are not purchased by money they can be owned by the players interest and the characteristic.

While coming to the owned armor they can be classified into two they are:

The worn and frames can be theft by destroying or pick pocketing the fusion core. Then they can be owned. If the player enters into the stolen frame then the character will be having tow within that area and the stealing will be affecting the players. Then the affinity will be lowered and damage will be there.

So while entering these regions be careful and behave properly. There are some locations where the players need to be careful. The locations are Quincy ruins, gunner’s plaza, waypoint echo, atom cats garage, mass fusion building, Quincy police station, the prydwen, hub city auto wreckers, fort Hagen hangar.

These are the location where the raider shows this talent and gain the armor for him. So these locations will be easy to get more and more armor. But be careful with the enemies and ghosts. The attack will be more when you are reaching the higher levels. The location are MS Azalea, Poseidon energy, dunwich borers, outpost zimonja, Saugus iron works, Lexington, roadside pines motel, settlements, wrench of the USS Riptide, Poseidon energy, revere beach station, Massachusetts state house.

Based on all armor the best among them is X-01. This will be locating in the east side of the waste land on custom house tower. Instead of this get into the southwest down until you reach the building with tall green which will be in the lefty of the tower entrance we can see that the sign that says “35 court”.

There will be a red button in the chamber from this the robots will be coming out. Remove all the defective bombs and proceed to press the red button on both the chambers. By this activity the doors will be opened and the full suit will be found in the centre of the chamber. The full suit of X-01 power armor housed inside. There many locations where the suits will be available. One among the location is found in western side of the map where the Abandoned shack is located on northwest of glowing sea.

Another suit is found at National Guard training yard inside the armony. Now look for the red metal door here there will be fight with ghouls. Here the armony contains the security door that requires master level hacking skills to unlock the door. Here you can use nick valentine who is great hacker. But here hacker perk having enough rank. Now the suit will be found behind the security door only.

Now other suits will be found based on the players at different locations. The number of parts is also a random one. The aim should be at the highest level or 30 to get the suit. Before tracking just have a save file with you this will be useful in the higher levels. When there is higher players the more chance of finding the suits of X-01.

By finding this suits the players gets more benefited. When compared to other armor in fallout 4 this X-01 will having more impact on the variants. So this is more powerful and useful armor for the players. The boosting and attacking power of enemies will be improved through wearing the suit. So find out the suits by the above mentioned clues.

There are many players who don’t know about the power armor. So they used as their wish. But following certain this and using them at correct location will be very helpful to players. So here the list of legendry armor to be used to achieve higher levels.  The most of the pieces is found in care of the BOs. Collect them.

T-45 and T-51 consists of peizonucleic chest piece. This piece will be based on the players level as you go high level with T-51 you will notice this. To get from the chest piece the following must be done. You need to go through the Cambridge polymers lab and garb the chest piece at the end. This will be increasing AP regen while exposed to the radiation. Just keep in mind about the location. If you need a rock they the railroad need to be set in T-51 armor.

Coming to the one of the largest legendary armor is T-60. In this half will be found in acquired post story only. The T-60 will be available after completing the duty or dishonour stage. In order to do these in the easiest way just speak with the captain kells at any time the only notable expectation is active quest. When you move to the airport clear out some ghouls.

By which some of the legendary armor will be found. The next piece is Honor. This is the right leg of T-60. To get this you need to do is complete the blind betrayal level and buy it from the Teagan. In mean time you need to complete the liberty reprimed before speaking with Allie fill more in mass fusion.

The next two pieces will be found only when you complete the nuclear option with Bos. This can be done by same like Minutemen. Talk to kells again then he will ask you kill the Virgil. If you kill or not kells will be giving a T-60 helmet. Go back to Teagan and buy the vengeance. This is nothing but a leg piece of T-60.

The total pieces were found. By this piece there will be 10% reduction in VATS. Here is the best alternative is to mix and match the T-60 with the X-01. We can see the amazing results. We know that there are no special legendary pieces for the X-01. The best way is use both the armor at a time and there will be more in use. The difference in protection is different from one armor to other. But this will be influencing more. So use accordingly.