Fallout 4 is a game in demand from years now, After share about  Fallout 4 Melee Build and also wallpapers now today we are talking something How to Mod Fallout 4 with Nexus Mod Manager. We know that it is a video game that is popular across the globe, mainly for the visual affects it offers. The game has loyal players across the world that plays it almost every day. It is a single player game and has many interesting features to offer.

If you have been playing this Fallout series games from a long time and want to try to mod them, you are in the right page. We are going to tell you how to Mod Fallout 4 that to with the help of Nexus Mod Manager. We shall discuss in this article how to Mod fallout 4 game. Give it a read! 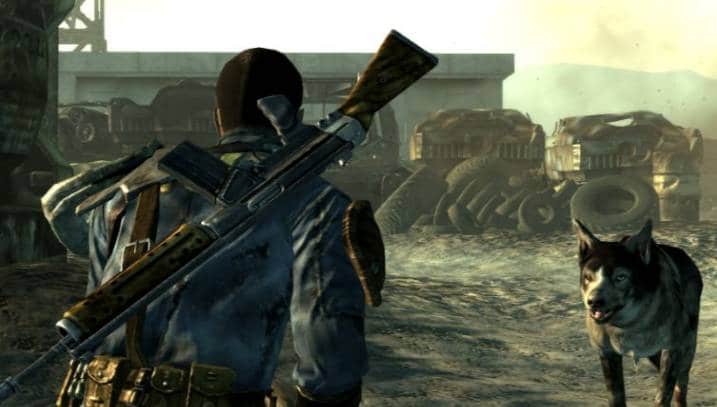 How To Mod Fallout 4 With Nexus Mod Manager

Before getting started, know a little about Nexus Mod Manager. Nexus Mod Manager is an excellent way available to install mods for a video game. The installing of mod on the game is not that difficult and involves pretty simple steps. If you are new to modding, then you can get thorough with the process from this article.

The process of modding was explained in the best way possible keeping in mind the newbie’s. Nexus Mod Manager is very popular mod manager and has the ability to mod many other popular games other than Fallout 4. The other games include Dragon Age, Fallout series, Dark Souls etc. You can follow the steps accordingly to mod the game.

The gameplay of Fallout 4 is pretty interesting. It is so much similar to its predecessors Fallout 3 and Fallout: New Vegas, but has this ability to switch between first to third-person view. The other added features of the game include split-piece armor system, base-building, dialogue system, crafting system etc.

The enemies remain the same as the previous series of games. So, you will get to combat with the same rats, mirelurks, raiders, super mutants, deathclawas etc. The Vault-tec Assisted Targeting System remains the same as it is an important part of the game. The graphics used in the game standout and will grab the attention of the players to the core.

The game comes with new equipment system that has many upgrades and customization for new weapons and armors. The weapons and armors in this 5th installment of the game remain same and do not require any maintenance. Players can also build settlements, boundaries, structures like housing, gardens, sores etc.

You will be using Nexus Mod Manager to mod the Fallout 4 game on your PC. Using Though the Nexus Mod Manager  you will be done, you will still need to tweak the Fallout 4 file the mods get installed on the PC. Users who want to use this process to mod other games need to note that the tweaking is not required for other games. Users can simply skip instead of performing tweak of the game files. To enable modding in Falling 4, follow the steps below. 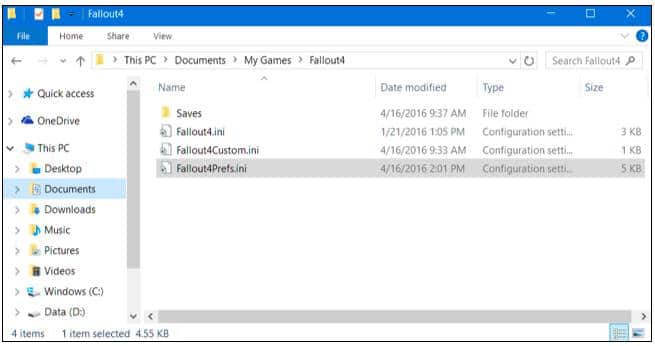 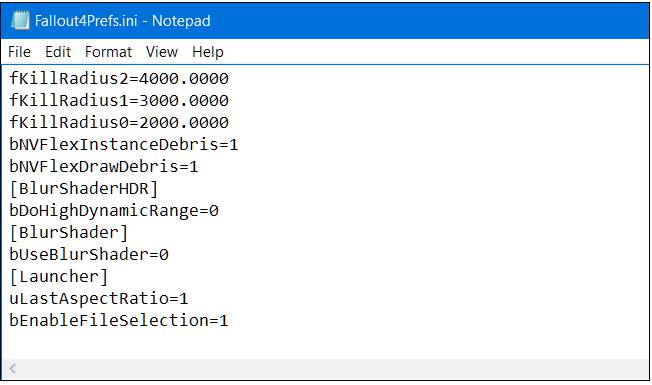 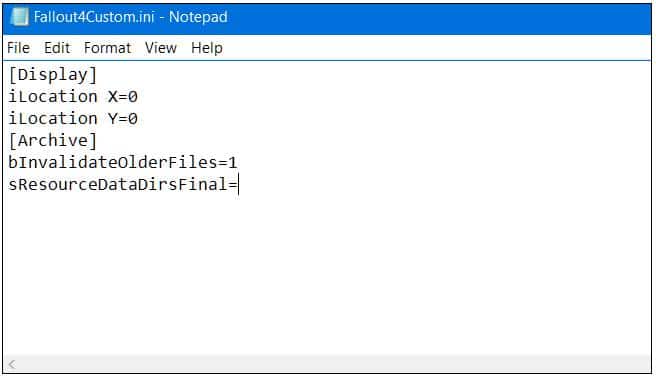 As you have enabled the Fallout 4 game to accept mods to be installed through Nexus Mod Manager, you are now ready to mod the game itself. We have listed out simple steps on how to mod fallout 4 with Nexus Mod Manager. Though it is not a complex process, at the same time it is not a simple process as well.

Pay attention while performing these steps so as to avoid any errors or issues. Before getting started, you need to first install and configure Nexus Mod Manager. We have provided below some simple steps on how to do so. Take a look! 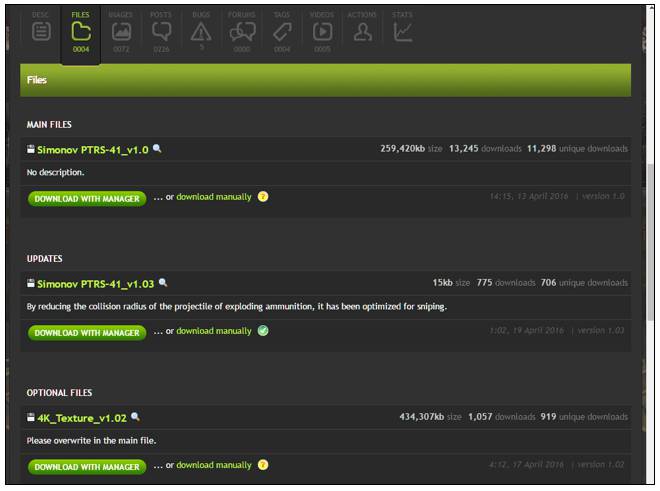 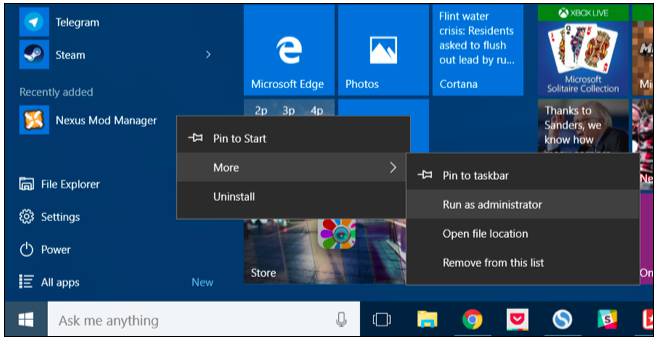 How to install Fallout 4 Mods 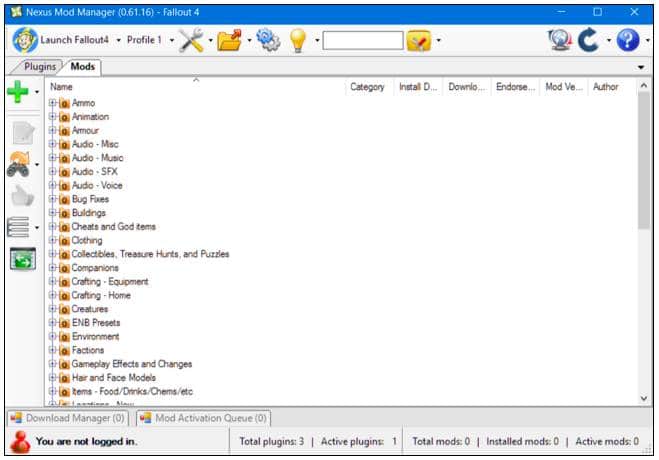 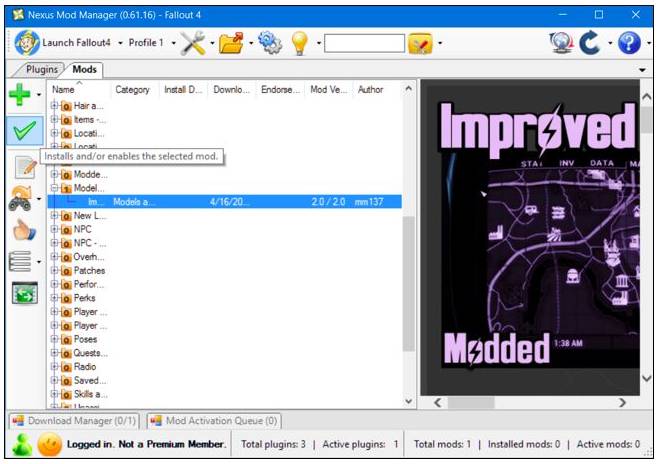 This is how you mod Fallout 4 with Nexus Mod Manager. Give this process a try and enjoy playing Mod Fallout4. By qualifying at each level, player will be given a perk. There won’t be any hard levels to face and so users can have fun playing the game. Even after the player pursued the main story, there will be some side quests to pursue that make the game more interesting.